Why the Old Testament Tabernacle? 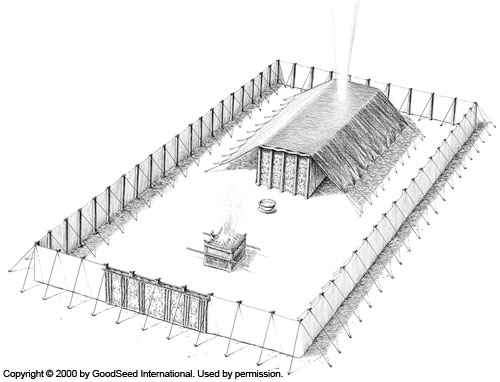 The way it could have been

To be honest, I sometimes wish that the Bible had been written more like a systematic theology textbook. I think it would have been great if the Apostle John had included an inspired chart laying out the end times. Ezekiel could have spelled out just what exactly he meant by his visions. And like the disciples, I probably would have preferred it if Jesus had not spoken in so many parables. A parable makes you think and I would rather not. Many of Jesus parables raise more questions than answers.

It’s a mystery and that’s ok

But then, I am reminded of days spent at camp as working a counselor. On a rainy day I have a few riddles that I like to tell to stave off boredom and have never failed to discover that many of the other kids have a similar repertoire or riddles that can keep us swapping stories all week long.

What is it about a riddle that holds our interest? I think part of it is that a riddle appeals to our sense of curiosity. It's meaning is never immediately apparent and it takes some digging before a story begins to unfold. A story... that's what it is! A riddle engages our minds with a story. We begin with just some bare facts that paint for us just a very sketchy understanding of an event but as we seek further information, the details of the story begin to come together until, click, aha, it makes sense! And with great rejoicing and some pride in our achievement we tell our friends, who are still scratching their heads, that we have solved the riddle.

Those things in Gods word that are not always so clearly laid out for us are a cause for us to seek Him and by doing so, to grow in His grace. If the Lord had given us a theology textbook then I think we would all be pious figs dead in our orthodoxy. One thing I know for certain, if God had written the Bible in this way, he would not have included the forty chapters in Exodus and Leviticus dedicated to a description of a portable, tent like structure known as the tabernacle.

The Tabernacle — a quick introduction

The tabernacle, to my mind, is the mother of all riddles. None compares with her. I am sorry Dan Brown, that includes ‘The Da Vinci Code’ for this riddle has a solid basis in reality.

A group of slaves, known as the Hebrews, were delivered from Egypt and fled into the desert wasteland of Sinai. These were not the Hebrews who have neatly trimmed black beards and wear colorful tunics. I think those ones only exist in Sunday school. The ones we’re talking about in this story were desert nomads who were very much a product of their time. They had been in Egypt for many years and although they were free of a mad Pharaoh they were still slaves in their minds to an Egyptian way of thinking.

Their concept of God was crude and confused. Remember that at the foot of Mt Sinai the Israelites bowed down and worshiped an Egyptian cow. They were forced to drink its powdered remains but even before the bitter after taste was gone, God gave the Israelites something else to melt their gold into. God took them where they were at and channeled their creative energy into the construction of a place of real worship; where they could worship in Spirit and in Truth.

The plans for this tent were inscribed by the hand of God on stone tablets right along side the Ten Rules. If the Ten Rules present us with the terrifying holiness of God, and with an absolute and unchangeable standard by which our actions are judged then the tabernacle presents us with Gods love and invites us into his presence despite ourselves. King David understood this well when he wrote,

One thing I ask of the LORD, this is what I seek: that I may dwell in the house of the LORD all the days of my life, to gaze upon the beauty of the LORD and to seek him in his temple. For in the day of trouble he will keep me safe in his dwelling; he will hide me in the shelter of his tabernacle and set me high upon a rock. Psalm 27:4-6

Unfortunately, the tabernacle makes for dry reading and it's hard to teach. But it does not have to be boring. If someone were to mechanically describe for me the ruins of Karnak, I would probably be more fascinated with the fly on my ceiling beating its head against a light bulb. But if I were to visit Karnak, I could wander among the remains of its massive architecture for weeks. Amazing! The difference — 3 dimensions and all 5 senses (with taste being a possible exception). In the same way, the tabernacle is a riddle constructed not of words but of wood, metal and cloth. By it's very nature, it's meant to be visual.

This is why we have developed the model set of tabernacle furniture. I do not claim to belong to a fringe group with an all-consuming obsession for Judaic art. At least my friends tell me that I am okay. It’s just that to tell this story well, it helps to have models that you can hold in your hand.

The tabernacle is part of a greater story. A story that has unfolded over many centuries and continues to play out today. It's not a story that can be done justice in these few paragraphs but it is well worth the digging. You might have to ask a few questions. 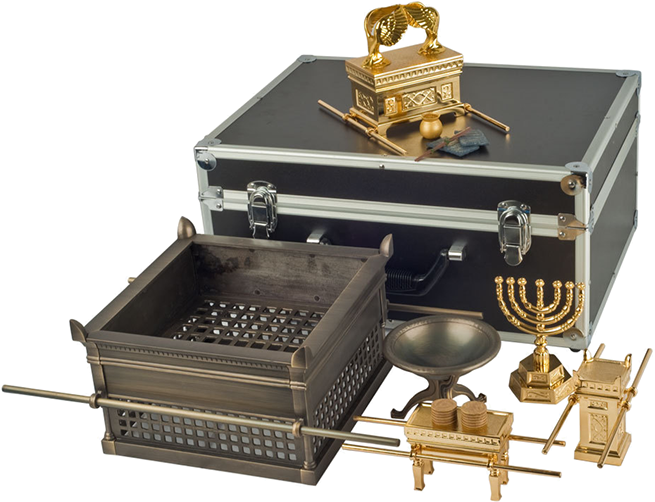